Before you start your Cuban adventure, getting a bit up-to-date on the history of Cuba might make your holiday even more interesting. Here is a little insight into one of the national heroes of Cuba!

One of the greatest heroes in the Cuban war for independence from Spanish rule at the end of the 19th century is a guy from the Dominican Republic, named Maximo Gomez.

Maximo Gomez y Baez was born in the Dominican Republic in 1836. He ended up as the commander in chief of the Cuban revolutionary forces towards the end of the century. Today his portrait is on the ten pesos note of Cuba, the Moneda National.

According to history, Gomez’s mother originally wanted a clerical career for him and not a life in the military. Maximo on the other hand wanted it differently.

He first fought in battle already at the age of sixteen against Haitian forces. At that time he commanded Spanish reserve forces in Santo Domingo in the Dominican Republic.

Maximo Gomez was later trained as an officer at the Spanish Zaragoza Military Army Academy. To Cuba, he originally arrived as a cavalry officer. Fighting alongside the Spanish forces as a captain in the Dominican Annexation War from 1861 to 1865.

During this service, he earned a promotion to commander in a famous victory over the Dominican general, Pedro Florentino.

In Cuba, he married Bernarda Toro (Manana), who accompanied him during the war. (They did it like that back in the days). After the Spanish forces were defeated in 1965 many supporters of the Annexionist cause had to flee the Dominican Republic.

Gómez left as well and moved his family to Cuba.

Take your Cuban adventure history travel to the end of the Prado in Havana, you will see his monument. Forever gazing from the shore and out towards the Fortaleza guarding La Habana.

Gomez Turning Rebel In Cuba Against The Spanish

Gómez retired from the Spanish Army after 1965 and soon took up the rebel cause in Cuba instead, in 1868. With his military experience and know-how, he started helping transform the Cuban Army’s military tactics and strategy.

He changed it from the conventional approach towards guerilla warfare to fight the superior Spanish forces then in charge of Cuba. Gomes gave the Cuban mambises their most feared tactic, the so-called “machete charge.”

Reportedly Gomez was a master strategist. He organized and directed poorly equipped guerilla forces against the well-equipped Spanish army throughout the ten-year war from 1868 to 78.

Because the Cuban Army always lacked sufficient munitions, the usual combat technique was to shoot once and then charge the Spanish with machetes. The Spanish Army generally was terrified of the charges because most were infantry troops, mainly conscripts. The conscripts were terrified of being cut down by the machetes.

On October 26, 1868, at Pinos de Baire, Gómez led a machete charge on foot, ambushing a Spanish column and obliterating it. The Spanish suffered 233 casualties in this one battle alone.

Continuing The Warfare Against The Spanish Rule

In 1871, Gomez again led a campaign to clear Guantánamo from forces loyal to Spain, particularly the rich coffee growers.

They were mostly of French descent whose ancestors had fled from Haiti after the Haitians had slaughtered the French. Gómez carried out a bloody but successful campaign in Guantanamo, and most of his officers later became high-ranking officers.

In 1873, the commander Major General Ignacio Agramonte y Loynaz died in battle. Gómez assumed the command of the military district of Camaguey and its Cavalry Corps after him.

Upon first inspecting the corps, Gomez concluded that they were the best trained and disciplined in the nascent indigenous Cuban Army. He was sure they would significantly contribute to the war for independence.

On February 19, 1874, Gómez and 700 other (then referred to as) rebels marched together from their base. They went on and defeated 2,000 Spanish troops in battle at El Naranjo.

The Spaniards lost 100 killed in action, and 200 were wounded.

Guerilla Warfare Is A Costly Enterprise

A battalion of 500 Chinese also fought against the Spanish under the command of Gómez in the Battle of Las Guasimas in 1874.

The battle cost the Spanish a staggering 1,037 casualties and the rebels 174 casualties. However, the rebels had exhausted their resources: the unusual departure from guerrilla tactics had proved a costly enterprise.

In early 1875, with fewer than 2,000 men, Gómez crossed the Trocha—a string of Spanish military fortifications—and burned 83 plantations around Sancti Spíritus and freed their slaves.

The conservative Revolutionary leaders feared the consequences of these actions and diverted troops away from Gómez’s army. This caused the campaign to fizzle In 1876.

Gómez surrendered his command when he learned from General Carlos Roloff that the officers of Las Villas would no longer follow his orders since he was Dominican.

The war also ended inconclusively, with limited amnesty and concessions to the Cubans. Gomez and the other revolutionary leaders refused to accept the accord and went into exile.

The Interlude Between Wars

In the in-between of the two Cuban independence wars, Gómez lived in exile and held odd jobs in Jamaica and Panama.

There he supervised a laborers’ brigade during the construction of the Panama Canal among other things All the time he remained an active player in the cause of Cuban independence. He also was engaged in the cause for the rest of the Antilles.

Puerto Rico experienced a period of severe political repression in 1887 by the Spanish governor Romualdo Palacio. This led to the arrest of many local political leaders, including Román Baldorioty de Castro.

Gómez offered his services to Ramón Emeterio Betances, the previous instigator of the island’s first pro-independence revolution, the Grito de Lares, who was then exiled to Paris.

Gómez sold most of his personal belongings to finance a revolt in Puerto Rico, and volunteered to lead any Puerto Rican troops if any such revolt occurred.

The revolt was deemed unnecessary later that year when the Spanish government recalled Palacio from office to investigate charges of abuse of power. But Gómez and Betances established a friendship and logistical relationship that lasted until Betances’s death in 1898.

When the rebellion in Cuba erupted again in 1895, Gomes returned with Jose Marti (who has the airport named after him) and others. They reassumed command of the revolutionary forces during the war of independence, which turned out to last until 1898.

This war was won, as the Americans joined in after the USS Alabama was sunk in the harbor of Havana in 1898.

As part of your Cuban adventure history travel prep, you can read about that story and the aftermath here!

Scorched Earth Policy In Warfare And End Of Spanish Rule

This entailed dynamiting passenger trains and torching the Spanish loyalist’s property and sugar plantations, including many American-owned. He greatly increased the efficacy although he detested the destruction of centuries of work.

In March 1898, during the Spanish-American War, the Spanish Captain-General of Cuba Ramon Blanco y Erenas proposed for Gomez and his Cuban troops to join the Spanish Army repelling the United States.

Blanco appealed to the “shared heritage” of the Cubans and Spanish (probably talking about the fact that the Spanish had colonized the island for almost three centuries). He promised the Islands autonomy if the Cubans would help Spain fight the Americans.

Generalissimo Maximo Gomes declined the offer, and the Spanish-American war ended the Spanish colonial era in the whole region. Although it opened another superpower’s influence – the United States.

The fact that the US actually intervened on the Cuban side in the conflict ironically overshadowed the heroic exploits of Gomes and his comrades in arms.

After the American victory in the Spanish-American war, the United States finally granted Cuba limited freedom in 1902. Gomes could have been elected president at this point. However, Gomez did not wish to accept public office in Cuba being a Dominican of birth.

At the end of the Cuban Independence War in 1898, he retired to a villa outside of Havana where he died in 1905 at age 69 and is buried at the Colon Cemetary in Havana.

If you are interested in what happens next, read about the aftermath for Cuba of the Spanish – American war!

Do you have any questions about Cuba? Leave a comment, or send me an e-mail! Happy to help!

Booking.
Searching for your best (cheapest + fastest) flight options should be an easy process, and you need to be confident that you get the best deal, service, and secure bookings.

I use Skyscanner, Momondo, and Booking.com. These are my favorite providers for comparing airlines and getting the best and fastest fare for their customers.

Travel agencies.
For adventurous travelers that also are social (or rookie solo) travelers, you might want to book your trip with a company like G Adventures. They organize amazing & sustainable small group adventure travels all over the world.

I have traveled with G Adventures all over Costa Rica, the jungle of Colombia, and the mountains of Peru, and can testify that the trips are fantastic! The guides are super professional, the organizing is great, and they make sure you get the absolute best adventures while looking after the environment and local resources.

Accommodation.
If you like your home away from home to be personal and unique, nothing is better than Airbnb for that.
On the budget side, you also have Hostelworld. They list Casa Particulares, small hotels, and hostels of which many have great standards and value for money.

On the high-end side, I have experienced a number of Iberostar and Melia Hotels & Resorts, for when you want to go all-in on the luxury & all-inclusive mode!

Digital security.
Before you embark on your fabulous adventures, you may consider protecting all your digital gadgets and information with a VPN. I have found the best option for me, providing security and incognito mode when necessary is ExpressVPN in 2022.

Here is also my 2022 travel shopping advice for gadgets and clever things that makes your traveling easy peasy breazy!

Read more from The World By Hege about travel resources & hacks simplifying your travel planning.

Contact me on post@theworldbyhege.com with any questions or for advice! 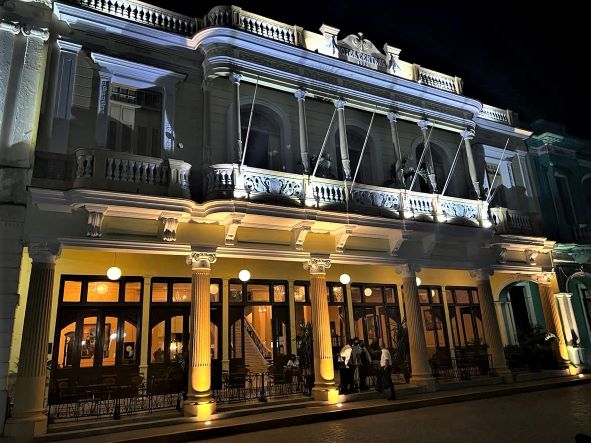 Facebook0Pin2LinkedIn0Tweet0 I am comfortably seated in the blue and white Viazul long-haul bus seat, going from Havana to Santa Clara, one of the most revolutionary cities in the revolutionary nation of Cuba. Lunch is packed, and I have music on the pods. I love road trips, even if they are bus trips! Traveling slow, having… 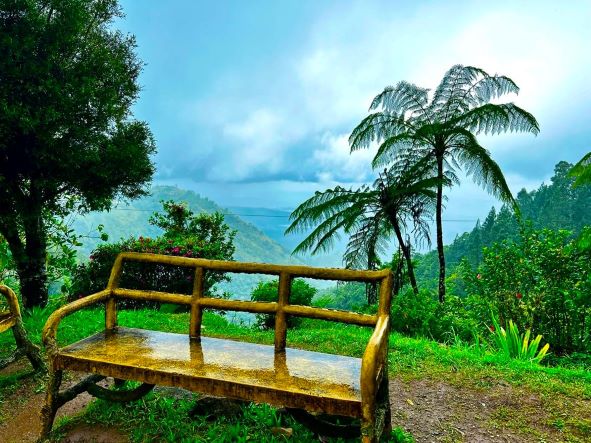 Facebook24Pin38LinkedIn0Tweet0 From my balcony just on the eastern border of New Kingston city district in Kingston, Jamaica, I have had a perfect view of a bluish-green mountain range in the distance for a week.  Every morning I could see the magic misty atmosphere, transparent clouds dancing around its highest peaks, and it looks so tranquil from… 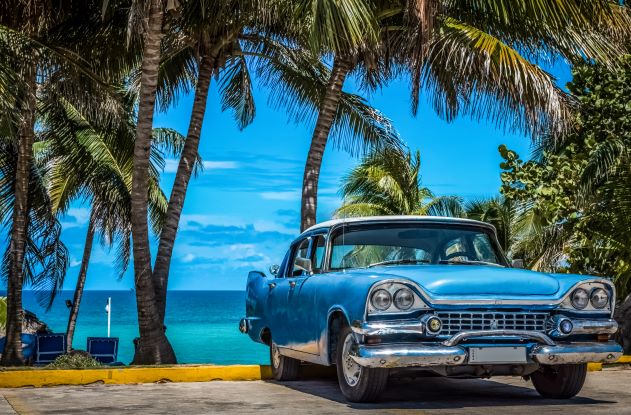 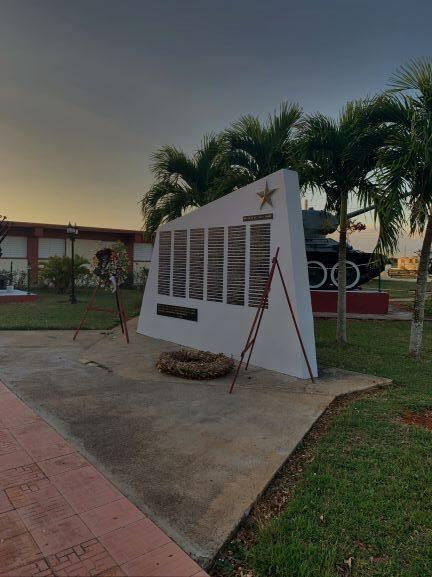 Facebook0Pin1LinkedIn0Tweet0 Living in Cuba for almost two years now, I have developed an eager interest in Cuban history, which on many occasions is also regional history, and also sometimes world history! And one huge incident, in particular, is of course the failed CIA-run invasion of Cuba in 1961. On the 17th of April in 2021,… 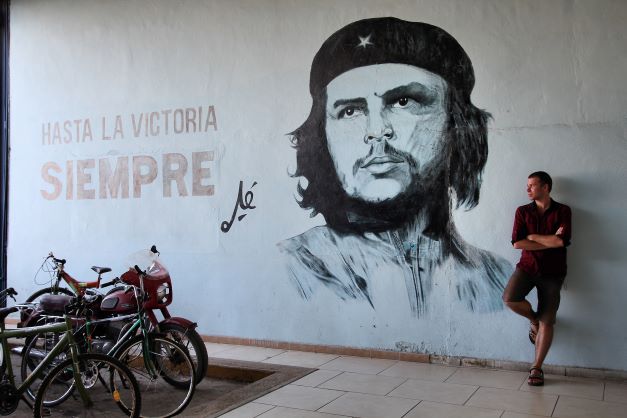 Facebook0Pin3LinkedIn0Tweet0 One super nice thing to do in Cuba is travel from Havana to Santa Clara! There are some intriguing facts about Santa Clara Cuba that might interest you, like, did you know this is where Che Guevara is buried? I remember clearly back in the days, magnetic posters of Che Guevara staring dreamingly into… 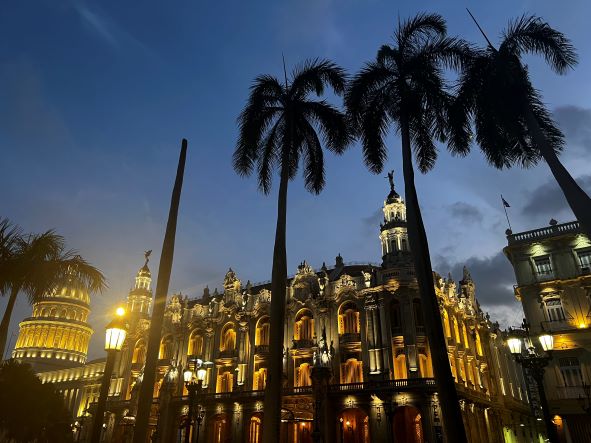 Facebook0Pin4LinkedIn0Tweet0 After traveling to Cuba for more than three years, and living in Havana for over one and a half years, my number of Havana Cuba photography moments is starting to pile up by the fall of 2022! If you have not visited Cuba yet, seeing photos from a unique destination like this might be… 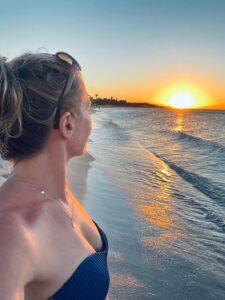